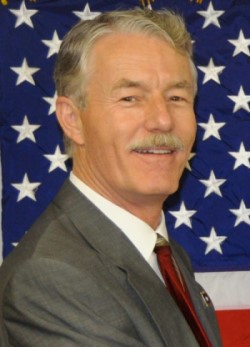 Fifteen Taylor County Patriots attended the 2022 Republican Party of Texas (RPT) Convention in Houston June 16 – 18, 2022 as Delegates from Texas Senate District 28. All of us came back better informed, motivated, and energized. Don’t waste precious time poring over the sullen reports filed by the Lame Stream Media. Those can only be characterized as negative, hypercritical, and completely disconnected from the real world inhabited by Texan and American patriots.

The 2022 RPT Convention may end up going down in history as the turning point in the burgeoning Conservative OFFENSIVE to save Texas and America from:

RINO backstabbing, AND, most importantly,

Conservative Lethargy regarding the November 8, 2022 Midterms (now even more dangerous to Freedom’s Cause due to the US Supreme Court’s overturning of Roe v. Wade, on which the Dems/Radicals will pin their election hopes.)

Here’s a summary of the outcome of RPT 2022 that gives me more hope for the future of our noble Republic than even I normally possess:

Taylor County was re-districted to be 100% within Lubbock State Senator Charles Perry’s sprawling 41-County District 28. He has earned his reputation as a straight-shooter who is willing to fight for vital, Conservative principles. Imagine the mass of swamp muck he must stand against in Austin yet he soldiers on and fights the good fight with fortitude and foundational strength that endear him to true Conservatives. His remarks to our 28th District Caucus graciously provided us both insight and inspiration. Imagine: he reminded us that Job #1 for Conservative Christians is to spread the Good News (the literal translation of Gospel) of Jesus Christ. Nothing else has such eternal consequences or was included in the Great Commission Jesus left with His Apostles and, by extension, US.

Consider this: One of the clearest lines of demarcation between Democrat Radicals and Conservative Patriots is our devotion to Life and Liberty. (Those two principles then allow us to Pursue Happiness. And don’t those three ideas work well together!) Jesus assures us His Truth shall set us free. And like His Father, Jesus never lies. So His Truth, obliterating Satan’s evil lies, will help us win the Good Fight to preserve American Liberties.

The General Assembly sessions, where thousands of Conservatives met in a huge auditorium, featured notable Republicans who had obviously put great effort into preparing a speech to inspire the Delegates.

Senator Ted Cruz followed the late Rush Limbaugh’s advice and had us Patriots laughing out loud by making fun of the ludicrous Radicals and their re-cycled Soviet/Nazi positions... all of which predictably fail… miserably.

US Representative Jodey Arrington delivered a passionate expose of how the O’Biden Administration endangers America with its open border policy.

Attorney General Ken Paxton’s remarks revealed that he has sued the O’Biden Administration 28 times in its first 1.5 years and WON over 95% of the time. That shows his undeniable Texan willingness to fight for the right, which helped overwhelmingly defeat his challenger in the May runoff election.

Agriculture Commissioner Sid Miller openly called out the enemies of the US Constitution and America’s Judeo-Christian founding principles. In just a few short sentences, he summarized what has happened: In the past, the fight was between Republicans and Democrats. Then it morphed into a fight between Conservatives and Liberals. Today, we are all embroiled in an all-important fight between Patriots and Traitors. And where did the delegates to the RPT Convention in Houston come down? We’re Patriots and actively standing for our beloved America until God has saved it from those who want to “fundamentally transform” it into a Third World Hellhole, which is the unavoidable consequence of destroying the Free Market and depriving the people of their God-given Rights.

Call to Action: What West Texas Patriots Must Do

State Senator Perry clearly explained how we save Texas from the unimaginable catastrophe of electing Beto and his ilk. Texas is blessed with the Seven Golden Cities that CAN overcome the flood of votes (legitimate or not) that the large, urban centers tend to produce. Those cities are Wichita Falls, Amarillo, Lubbock, Midland, Odessa, San Angelo, and Abilene. When the Golden Seven are energized and their citizens are informed and activated, they produce Republican vote majorities of better than 70%. Then the Big Cities cannot overwhelm the total… and Texas remains RED. To produce such an outcome, all Patriots must work like their Rights depend on it, which they literally DO.

As Chairman of the Taylor County Republican Party, I firmly believe that the highest priority for all Patriots between today and November 8, 2022, is to inform, motivate, and energize every patriotic voter to save us all from the tyranny of Socialism, Radicalism, Communism, or whatever alias it uses. We must remain Free to abide in

the Will of our Heavenly Father. And remember the immortal wisdom attributed to Benjamin Franklin at the signing of the Declaration of Independence:

We must, indeed, all hang together or,

most assuredly, we shall all hang separately.

Happy 246th Birthday, America, Land of the Free and Home of the Brave!

Truth Seeps Out More Slowly than Leftists Lie - Appeared in Buffalo Gap Round Up News in May edition.

We Patriots, a/k/a Happy Warriors, easily recall how the Lame Stream Media began calling the November, 2020 election in favor of Sleepy Joe Biden while the obvious crookedness of the “oh-so-legitimate vote-counting” was barely reported, much less adequately explained.

A “massive water main rupture” in Georgia “forced the counting to stop” at approximately 10:00 PM... except for the conspirators in the cabal who did not leave the building with the honest workers. Those conspirators then pulled suitcases full of marked ballots out of hiding places and ran them repeatedly through the counting machines. The “water main rupture” was later conceded to be a stopped-up washroom commode that ran over, causing virtually no actual disruption.

Patriots also recall how the LSM almost categorically denied all obvious deceitfulness or, at best, cast it as “insignificant” or “not outcome determinative”. Meanwhile, many brave and upright workers and others with first-hand knowledge of “the fix” signed affidavits (subject to perjury charges in the case of telling lies) and these, too, were given the scantest coverage, then taken off-air. President Trump's complaints of the dishonesty are still referred to as “The Big Lie” and dismissed as “baseless” or “without any evidence.” But, as we've so often seen, DJT's supposed mistakes, blunders, illegal acts, and lies are repeatedly proven to be correct, true, and in America's best interests. As a general rule, whatever misdeed or illegal act President Trump has been accused of has actually been performed by the usual suspects of the radical Left.

The incredible duplicity of the LSM's dereliction of duty to report on ballot and counting fraud did not go unnoticed by the Patriots. We cogently challenged how doddering Sleepy Joe, campaigning from the basement of his Delaware mansion or appearing to crowds barely numbering in double digits, could have possibly outpolled DJT or B. Hussein Obama. Trump's vote totals surged past his 2016 aggregate and were higher than any previous incumbent President's. The latter, obviously a much more formidable campaigner than his bumbling VP, soberly warned: “Don't underestimate Joe's ability to (expletive) things up.”

Patriots, fearing that the lack of charges, arrests, and prosecutions means that usurper Resident Sleepy Joe cannot be removed from the White House, should follow the results recently released by Catherine Engelbrecht and Gregg Phillips. They repeated checks previously developed by Truethevote.org, then put together a team of twelve people who worked sixteen hours per day for fifteen months to discover a vote fraud total of 4.8 million illegal, corrupt votes. Their findings will soon appear in a new Dinesh D'Souza film entitled 2000 Mules, a reference to those paid with Zuckerbucks to stuff ballot boxes.

Engelbrecht & Phillips' results follow what the FBI should have already accomplished (but probably will never commence).
As the pair reveal in a Charlie Kirk interview podcast of April 7, they first cataloged the (fairly obvious) weaknesses of the American voting system, especially leading up to the 2020 Presidential election: Changes instituted in the entire voting system, both by (ostensibly Covid-19 related) legislation and through unconstitutional/fiat actions, which are illegal under specific terms of the U.S. and state Constitutions Lawsuits that result in flagrantly flawed changes to election laws, such as the unconstitutional Consent Agreement to a lawsuit brought by radical Leftist Stacey Abram in Georgia Dirty voter rolls (deceased, moved, multiple registrations, etc.)
Massive numbers of mail out ballots
Zuckerbucks ballot drop boxes.
After identifying the weak points, E&P then had little trouble deducing where the radical Leftists attacked the American
standard of free and fair elections: Ballot collectors, especially across battleground states, whose job it was to harvest both legal and illegal ballots Collection points, where the harvested ballots could be stashed in anticipation of the expected Trump deluge of votes
Bundling the “desirable” Biden ballots to be ready to counter/quash the expected Trump triumph
Preparing Mules to stuff the Zuckerbucks ballot drop boxes with previously stashed bundles of Biden votes. (Flagrantly bogus ballots often had no other vote than “Biden”, that is: no down-ballot selection.)

The title of Dinesh D'Souza's 2000 Mules does not use anumber snatched out of thin air. Instead, E&P used laborious and time-consuming special data obtained from the cell phones of the radical Leftist Mules to identify them, based on repeated and specific visits those Mules made to stuff Zuckerbucks drop boxes. And it is perfectly legal to so calculate and track anyone because there are over 27,000 cell phone apps that obtain their user's permission to profusely gather, use, and distribute such tracking data. E&P simply spent the necessary funds to purchase the data the Mules had authorized the Apps to gather on the Mules. Try it out yourself: simply dial as if you are making a phone call to *#06# and your cell phone will display the numbers by which you are constantly tracked. What is sauce for the goose is sauce for the gander!

The attack points above, similarly duplicated and put into action across the battleground states, constituted an actual
conspiracy to overthrow the legal, lawful government of the United States. And lest we forget, so many of the same players
who enacted this Machiavellian scheme also helped perpetuate the Covid-19 pandemic hoax. That was the direct result of the ChiComm attack on the United States, which was accurately characterized at the time as an act of war by President Trump. Any American who gives aid or comfort to an enemy of the United States in time of war commits treason and should be so charged and, if convicted, punished as a traitor.